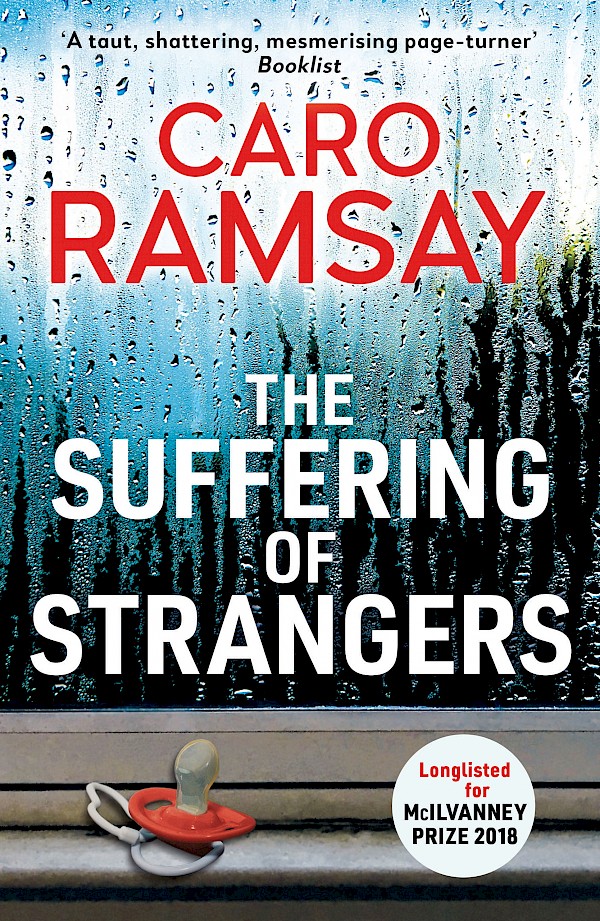 'Brilliant in twisting the tension tauter with each page'

Buy the paperbackBuy the ebook

The Suffering of Strangers

DI Costello faces a disturbing child abduction case; a six- week-old has been stolen and replaced with another baby. The swap took cold and meticulous planning, so Costello treads the seedy, Glaswegian backstreets for answers. She’s convinced that more than one young life is at stake.

Promoted into the Cold Case Unit, Colin Anderson reviews the unsolved rape of a young mother, whose attacker is still out there. Each case pulls Anderson and Costello in the same direction and, as their paths keep crossing, they begin to suspect their separate cases are dangerously entwined.

‘Ramsay handles her characters with aplomb, the dialogue crackles and the search for the killer has surprising twists and turns’ Observer

Caro Ramsay is the Glaswegian author of the critically acclaimed DI Anderson and DS Costello series, the first of which (Absolution) was shortlisted for the CWA's New Blood Dagger for best debut of the year. The ninth book in the series, The Suffering of Strangers, was longlisted for the McIlvanney Prize 2018.